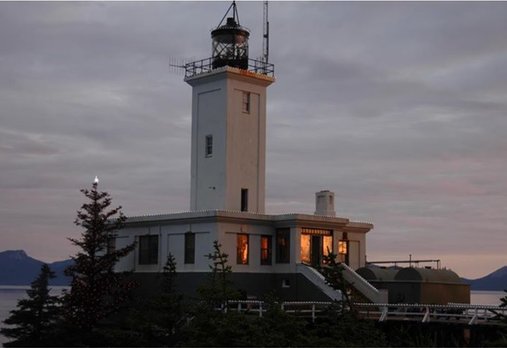 Cape Decision's lighthouse, still standing today, was built on the cape in 1932, as a beacon providing guidance for passing ships.

During his second voyage of discovery through South Alaska in 1793, Captain George Vancouver took an important decision.

Only God would know what it was, but as an explorer’s prerogative, he named the tip of the nearby Kuiu Island "Cape Decision".

In the seventies, the station was converted to solar power to reduce maintenance costs.